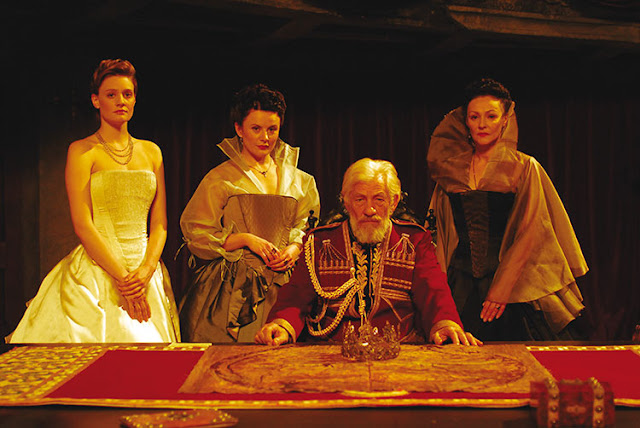 Sir Ian McKellen in a 2008 version

The 2013 Dartmouth Shakespeare Week will hold it’s last performance tonight outside at Dartmouth Castle for 2013.

We’ve heard reports it’s very gory. Did you go? Did the weather behave?!

Outdoor theatre in the UK can be something wonderful. Whole plays can be transformed by the skies above with the light, the weather, sunset and moonrise. Then you have the location and the backdrop. We have enjoyed plays at the magical Minack Theatre in Cornwall. We’ve sat huddled up in the lashing down rain as the play has intensified with the weather changes.

Shakespeare himself might have approved the venue for this production of King Lear. William must have written King Lear some 150 years after the first Castle defences were built. King Lear is a tradegy following the titleof the character descending into madness after disposing of his estate between two of his three daughters based on their flattery.

And we leave you with a quote, from the great man himself,

“Nothing will come of nothing: speak again”

And take a look at other outdoor venues around the UK